Can the world stop Israel and Hamas from committing war crimes? Answers to 7 questions on international law

(The Conversation is an independent, nonprofit source of information, analysis, and commentary from academic experts.)

(THE CONVERSATION) The deadliest fighting in years between Israel and Hamas killed more than 200 Palestinians in Gaza by mid-May, including dozens of children, and at least 10 in Israel. Both sides are accused of violating international law – Israel for its disproportionate bombardment of residential buildings and Palestinian groups for firing rockets at Israeli towns.

International law professor Asaf Lubin explains the rules of war – and whether they can be enforced.

1. Are wars governed by law?

International humanitarian law encompasses a set of rules that govern armed conflict. They are enshrined in treaties, some of which have been ratified by Israel and Palestine. The most important of these agreements are the Geneva Conventions of 1949 and their Additional Protocols of 1977.

A set of fundamental principles is at the heart of international humanitarian law.

The first is the principle of distinction, which obliges warring parties to distinguish between civilians and military targets. Each side may only attack objects which, by their nature, location, purpose or use, would offer a definite military advantage if neutralized.

The second is the principle of proportionality, according to which any inevitable â€œcollateral damageâ€ – such as the death of civilians – cannot be excessive in relation to the direct military advantage expected.

Finally, there is the principle of precautions in the event of an attack, which reaffirms the obligation of the warring parties to do everything possible to mitigate civil damage.

So when Hamas indiscriminately fires rockets at Tel Aviv, for example, it is a blatant violation of international law. Likewise, Israeli attacks on residential skyscrapers are for many members of the international community a war crime, because they are disproportionate and do not offer a definite military advantage.

Israel disagrees, saying these buildings were used by Hamas to advance its military campaign.

2. What happens if Israel or Hamas is accused of committing war crimes?

It depends on the will of the international community. We can see an International Criminal Court investigation, UN Security Council sanctions, or UN Human Rights Council fact-finding missions.

These types of investigations have taken place after every previous round of violence between Israel and Hamas. Earlier reports – such as the 2009 Goldstone Report, released by the United Nations Human Rights Council – have identified violations of human rights and humanitarian law by both sides. He called on Israel to provide pecuniary reparations to Palestinian victims or their survivors.

However, law enforcement has proven to be largely ineffective. International law simply does not have the tools to hold powerful countries to account.

3. Did Israel comply with UN requests after such investigations?

To varying degrees. Israel, in many of these cases, did not accept the basic principle that its military practices violated international humanitarian law and therefore did not change course.

But on a few rare occasions, Israel has paid compensation. For example, in 2009, Israel paid the UN $ 10.5 million for property damage and injuries sustained by the organization during the Israeli attack on Gaza.

When Israel makes such payments, they are made “ex gratia” – lump sum payments made in response to international pressure without acknowledging any legal responsibility or creating legally binding standards that could be applied in the future.

Israel is not alone in this practice. Other countries, including the United States, have made ex gratia payments similar to those wounded in the war, without admitting fault or fault.

4. What is the US position on Israel’s military action in Gaza?

The United States now says it supports a ceasefire. But he blocked statements by the UN Security Council that would have called for such a ceasefire and blame Israel, including strong language about Palestinian children who are dying in large numbers. The United States claimed it blocked these statements because it also did not condemn Hamas for violating international law.

It is a common position of the United States in the Israel-Hamas conflicts to demand equality in the language of “both sides”. But congressional progressives within the Democratic Party now have a different point of view. They insist that the United States must recognize the power imbalance between Israel, a military superpower funded by the United States, and Gaza, an occupied territory.

5. Israel was already under investigation by the International Criminal Court for committing war crimes against Palestinians. Will the current conflict influence this case?

In a recent interview, Bensouda said the investigation remains open and his office is monitoring the current situation very closely – essentially warning Israel to be cautious as the criminal court may hold it to account.

The ongoing violence shows that the threat has not dissuaded either side. Israeli leaders often refer to a “legal iron dome” to indicate the general umbrella of protection that Israel offers to its military personnel against future criminal prosecution.

6. Have Israel and the United States adhered to international treaties that establish the rules of war?

Yes, they have both ratified the Geneva Conventions, but not their additional protocols. Nevertheless, the international community widely recognizes the rules set out in these agreements as customary law, and they are therefore binding on all countries, whether they have signed them or not.

7. If neither Israel nor the United States complies with international humanitarian law, do these rules really exist?

International law has an expressive function, setting a standard for how countries should behave. Over time, we’ve seen these standards play an increasing role in how countries operate – and what actions are deemed unacceptable.

For example, following the 2009 Goldstone Report, Israel pledged to make several changes to minimize civilian casualties, including restricting the use of white phosphorus munitions, which cause severe chemical burns.

International humanitarian law is not a panacea for all the ills of the world. But these rules are a good place to start and are certainly worth fighting for.

This article is republished from The Conversation under a Creative Commons license. Read the original article here: https://theconversation.com/can-the-world-stop-israel-and-hamas-from-committing-war-crimes-7-questions-answered-about-international-law-155105. 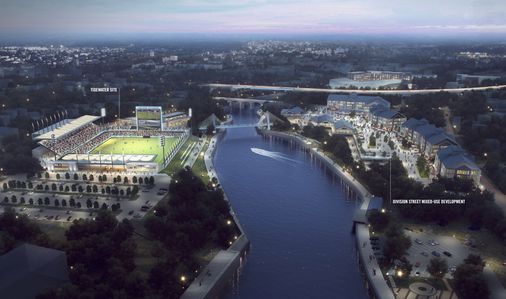